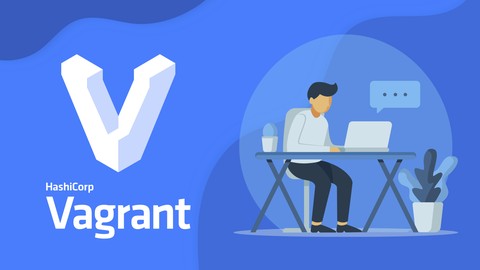 $ 15.99
Чему вы научились?
DIscover how to use Vagrant to streamline your DevOps workflow
Create and manage development environments with Vagrant
Use the Vagrant Cloud to search and find boxes
Deploy code and files to Vagrant using Provisioners
Configure networking in Vagrant to integrate with your applications
О курсе

The DevOps movement has seen the release of a whole host of tools to help ops engineers and developers work together collaboratively to write, test and deploy code that supports their business.  One of the most useful tools in this space is Vagrant by HashiCorp.

Vagrant provides a no-nonsense way to streamline your development workflow by orchestrating virtual machines and enabling you to easily define complex environments and deploy them with ease in a repeatable and reliable way.  Vagrant finally solves the age old developer mantra of; "It worked on my machine!"

Vagrant is not limited to just developers and ops engineers.  It's so versatile it can solve a whole range of problems,  I even use it in my other training courses as a teaching tool ensuring all of my students are working from the same, tested known environment!  Vagrant really is for everyone!

In this course we'll cover the fundamentals of Vagrant, you'll learn what boxes are and how to use the Vagrant Cloud to find them.  Throughout the course we'll create a new Vagrant project and deploy out packages and content to spin up a working web server from a single command.