We think of Robotics as the science of building devices that physically interact with their environment. The most useful robots do it precisely, powerfully, repeatedly, tirelessly, fast, or some combinations of these. The most interesting robots maybe even do it intelligently. This course will cover the fundamentals of robotics, focusing on both the mind and the body.

We will learn about two core robot classes: kinematic chains (robot arms) and mobile bases. For both robot types, we will introduce methods to reason about 3-dimensional space and relationships between coordinate frames. For robot arms, we will use these to model the task of delivering a payload to a specified location. For mobile robots, we will introduce concepts for autonomous navigation in the presence of obstacles.

Class projects will make use of ROS - the open-source Robot Operating System (www.ros.org) widely used in both research and industry. Computer requirements for working on the projects will include a computer set up with Ubuntu Linux and high bandwidth internet access for downloading and installing ROS packages.

Matei Ciocarlie
Department of Mechanical Engineering Columbia University
Matei Ciocarlie is an Assistant Professor in the Mechanical Engineering department at Columbia University. Matei completed his Ph.D. at Columbia University in New York. His doctoral dissertation, focused on reducing the computational complexity associated with dexterous robotic grasping, was the winner of the 2010 Robotdalen Scientific Award. Before joining the Mechanical Engineering faculty at Columbia, Matei was a Research Scientist and then Group Manager at Willow Garage, Inc., and then a Senior Research Scientist at Google, Inc. In recognition of his work, Matei was awarded the 2013 IEEE Robotics and Automation Society Early Career Award, a 2015 Young Investigator Award by the Office of Naval Research, a 2016 CAREER Award by the National Science Foundation, and a 2016 Sloan Fellowship. Matei main interest is in reliable robotic performance in unstructured, human environments, focusing on areas such as novel robotic hand designs and control, autonomous and Human-in-the-Loop mobile manipulation, shared autonomy, teleoperation, and assistive robotics. He is also interested in novel hand designs that combine mechanical and computational intelligence, and make use or tactile, proprioceptive or range sensing in novel ways.
Платформа 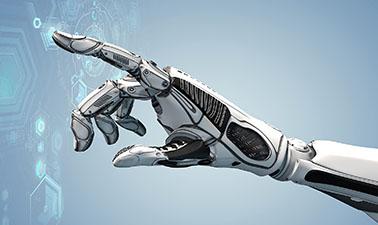