C++ is a general purpose programming language that supports various computer programming models such as object-oriented programming and generic programming. It was created by Bjarne Stroustrup and, “Its main purpose was to make writing good programs easier and more pleasant for the individual programmer.”*

By learning C++, you can create applications that will run on a wide variety of hardware platforms such as personal computers running Windows, Linux, UNIX, and Mac OS X, as well as small form factor hardware such as IoT devices like the Raspberry PI and Arduino–based boards.

Note: These courses will retire in June. Please enroll only if you are able to finish your coursework in time.

Kate Gregory
Regional Director for Toronto Microsoft
Kate Gregory is a C++ expert who has been using C++ since before Microsoft had a C++ compiler, an early adopter of many software technologies and tools, and a well-connected member of the software development community. She has more than three decades of scientific and engineering programming experience in a variety of programming languages, including Fortran, PL/I, C+, Java, Visual Basic, and C#. Her recent programming work is almost exclusively in native C+ and C#, on a variety of projects, for both enterprise and ISV clients. Since January 2002, she has been Microsoft Regional Director for Toronto and, since January 2004, she has been awarded the Microsoft Most Valuable Professional (MVP) designation for Visual C+. In June 2005, she won the Regional Director of the Year award, and she was one of the C+ MVPs of the year for 2010. She maintains strong relationships with the C++, Visual Studio, and Windows teams in Redmond. Kate is the author of more than a dozen books, mostly on C++ programming. The latest, on massively parallel programming with C++ AMP, was published in fall 2012 by Microsoft Press. She teaches .NET, XML, UML, and C++ (including online courses for Pluralsight) and is in demand as an expert speaker, with numerous cross-Canada tours for Microsoft Canada, and sessions at DevDays, DevTeach, TechEd (USA, Europe, Africa), and DevIntersection, among others. Kate is the founder of the East of Toronto .NET Users Group and a member of adjunct faculty at Trent University in Peterborough. Her firm, Gregory Consulting Limited, is based in rural Ontario and helps clients adopt new technologies and adjust to the changing business environment. Current work makes heavy use of .NET and Visual C++ for both web and client development, especially for Windows 7 and 8. Managing, mentoring, technical writing, and technical speaking occupy much of her time, but Kate still writes code every week.

James McNellis
Senior Engineer, Microsoft Visual C++ Microsoft
James McNellis is a computer programmer and C++ maven. A senior engineer on the Microsoft Visual C++ team, James builds modern C++ libraries and is the maintainer of the Visual C++ C Runtime (CRT) and C Standard Library implementation. He was previously a member of the Microsoft Expression Blend team, developing the XAML designer tools for Windows 8 apps. Prior to joining Microsoft in 2010, he spent several years working on real-time 3-D simulation and robotics projects in the defense industry. James is a prolific contributor on the Stack Overflow programming Q&A website and writes for the Visual C++ Team Blog.
Платформа 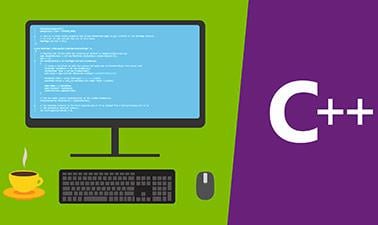