The Internet of Things is rapidly growing. It is predicted that more than 25 billion devices will be connected by 2020.

In this data science course, you will learn about the major components of the Internet of Things and how data is acquired from sensors. You will also examine ways of analyzing event data, sentiment analysis, facial recognition software and how data generated from devices can be used to make decisions.

Fred Jiang
Assistant Professor in the Electrical Engineering Department Columbia University
Fred received his B.Sc. (2004) and M.Sc. (2007) in Electrical Engineering and Computer Science, and his Ph.D. (2010) in Computer Science, all from UC Berkeley. Before joining SEAS, he was Senior Staff Researcher and Director of Analytics and IoT Research at Intel Labs China. Fred’s research interests include cyber physical systems and data analytics, smart and sustainable buildings, mobile and wearable systems, environmental monitoring and control, and connected health & fitness. His ACme building energy platform has been widely adopted by universities and industries, including Lawrence Berkeley National Laboratory, National Taiwan University, and several commercial companies. His project on wearable and mobile fitness, in collaboration with University of Virginia, was featured on New Scientist and the Economist magazine. His air-quality monitoring project has been featured on China Central Television and People’s Daily, and was successfully incubated into a startup. He is actively serving on several technical and organizing committees including ACM SenSys, ACM/IEEE IPSN, and ACM BuildSys. He was a National Science Foundation (NSF) Graduate Fellow and a Vodafone-US Foundation Fellow.

Julia Hirschberg
Percy K. and Vida LW Hudson Professor of Computer Science Columbia University
Julia Hirschberg does research in prosody, spoken dialogue systems, and emotional and deceptive speech. She received her PhD in Computer Science from the University of Pennsylvania in 1985. She worked at Bell Laboratories and AT&T Laboratories Research from 1985-2003 as a Member of Technical Staff and as a Department Head, creating the Human-Computer Interface Research Department at Bell Labs and moving with it to AT&T Labs. She served as editor-in-chief of Computational Linguistics from 1993-2003 and as an editor-in-chief of Speech Communication from 2003-2006. She is on the Editorial Board of Speech Communication and of the Journal of Pragmatics. She was on the Executive Board of the Association for Computational Linguistics (ACL) from 1993-2003, have been on the Permanent Council of International Conference on Spoken Language Processing (ICSLP) since 1996, and served on the board of the International Speech Communication Association (ISCA) from 1999-2007 (as President 2005-2007). She is currently the chair of the ISCA Distinguished Lecturers selection committee. She is on the IEEE SLTC, the executive board of the North American chapter of the Association for Computational Linguistics, the CRA Board of Directors, and the board of the CRA-W. She has been active in working for diversity at AT&T and at Columbia. She has been a fellow of the American Association for Artificial Intelligence since 1994, an ISCA Fellow since 2008, and became an ACL Fellow in the founding group in 2012. She received a Columbia Engineering School Alumni Association (CESAA) Distinguished Faculty Teaching Award in 2009, received an honorary doctorate (hedersdoktor) from KTH in 2007, is the 2011 recipient of the IEEE James L. Flanagan Speech and Audio Processing Award and, also received the ISCA Medal for Scientific Achievement in the same year.

Michael Collins
Vikram S. Pandit Professor of Computer Science Columbia University
Michael J. Collins is a researcher in the field of computational linguistics. His research interests are in natural language processing as well as machine learning and he has made important contributions in statistical parsing and in statistical machine learning. One notable contribution is a state-of-the-art parser for the Penn Wall Street Journal corpus. His research covers a wide range of topics such as parse re-ranking, tree kernels, semi-supervised learning, machine translation and exponentiated gradient algorithms with a general focus on discriminative models and structured prediction.

Shih-Fu Chang
Richard Dicker Chair Professor Columbia University
Shih-Fu Chang’s research interest is focused on multimedia retrieval, computer vision, signal processing, and machine learning. He and his students have developed some of the earliest image/video search engines, such as VisualSEEk, VideoQ, and WebSEEk, contributing to the foundation of the vibrant field of content-based visual search and commercial systems for Web image search. Recognized by many best paper awards and high citation impacts, his scholarly work set trends in several important areas, such as compressed-domain video manipulation, video structure parsing, image authentication, large-scale indexing, and video content analysis. His group demonstrated the best performance in video annotation (2008) and multimedia event detection (2010) in the international video retrieval evaluation forum TRECVID. The video concept classifier library, ontology, and annotated video corpora released by his group have been used by more than 100 groups. He co-led the ADVENT university-industry research consortium with the participation of more than 25 industry sponsors. He has received IEEE Signal Processing Society Technical Achievement Award, ACM SIGMM Technical Achievement Award, IEEE Kiyo Tomiyasu award, IBM Faculty award, and Service Recognition Awards from IEEE and ACM. He served as the general co-chair of ACM Multimedia conference in 2000 and 2010, Editor-in-Chief of the IEEE Signal Processing Magazine (2006-8), Chairman of Columbia Electrical Engineering Department (2007-2010), Senior Vice Dean of Columbia Engineering School (2012-date), and advisor for several companies and research institutes. His research has been broadly supported by government agencies as well as many industry sponsors. He is a Fellow of IEEE and the American Association for the Advancement of Science.

Zoran Kostic
Associate Professor of Professional Practice & Director of the MS EE Program Columbia University
Zoran Kostic completed his Ph.D. in Electrical Engineering at the University of Rochester and his Dipl. Ing. degree at the University of Novi Sad. He spent most of his career in industry where he worked in research, product development and in leadership positions. Zoran's expertise spans mobile data systems, wireless communications, signal processing, multimedia, system-on-chip development and applications of parallel computing. His work comprises a mix of research, system architecture and software/hardware development, which resulted in a notable publication record, three dozen patents, and critical contributions to successful products. He has experience in Intellectual Property consulting. Dr. Kostic is an active member of the IEEE, and he has served as an associate editor of the IEEE Transactions on Communications and IEEE Communications Letters.

Kathy McKeown
Henry and Gertrude Rothschild Professor of Computer Science Columbia University
A leading scholar and researcher in the field of natural language processing, McKeown focuses her research on big data; her interests include text summarization, question answering, natural language generation, multimedia explanation, digital libraries, and multilingual applications. Her research group's Columbia Newsblaster, which has been live since 2001, is an online system that automatically tracks the day's news, and demonstrates the group's new technologies for multi-document summarization, clustering, and text categorization, among others. Currently, she leads a large research project involving prediction of technology emergence from a large collection of journal articles. McKeown joined Columbia in 1982, immediately after earning her Ph.D. from University of Pennsylvania. In 1989, she became the first woman professor in the school to receive tenure, and later the first woman to serve as a department chair (1998-2003).
Платформа 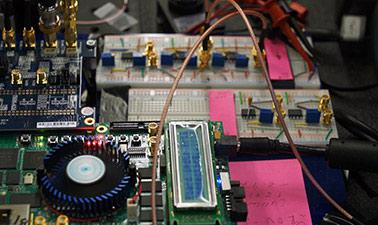